The ‘Dogma of the Independence of Nations’: Nationality as the Basis of the 1919 International Legal Order

In 1851, in his famous lecture Della nazionalità come fondamento del diritto delle genti, the Italian jurist Pasquale Stanislao Mancini (1817-1888) formulated the so-called ‘dogma of the Independence of Nations’ – a fundamental principle of the political ideologies of the Risorgimento. In it, he defined nationality as ‘a natural society of individuals’ based on ‘unity of territory, origins, habits and language, and conformed to a commonality of life and social conscience.’ Although he is well known among scholars of international law, Mancini is far less known among historians. Yet his ‘dogma of the independence of nations’ proved to be fundamental during the 1919 Peace Treaties, when the rights of nationality became the criterion redesigning the map of Europe – nationality being officially attached to the promise of self-determination by President Woodrow Wilson. 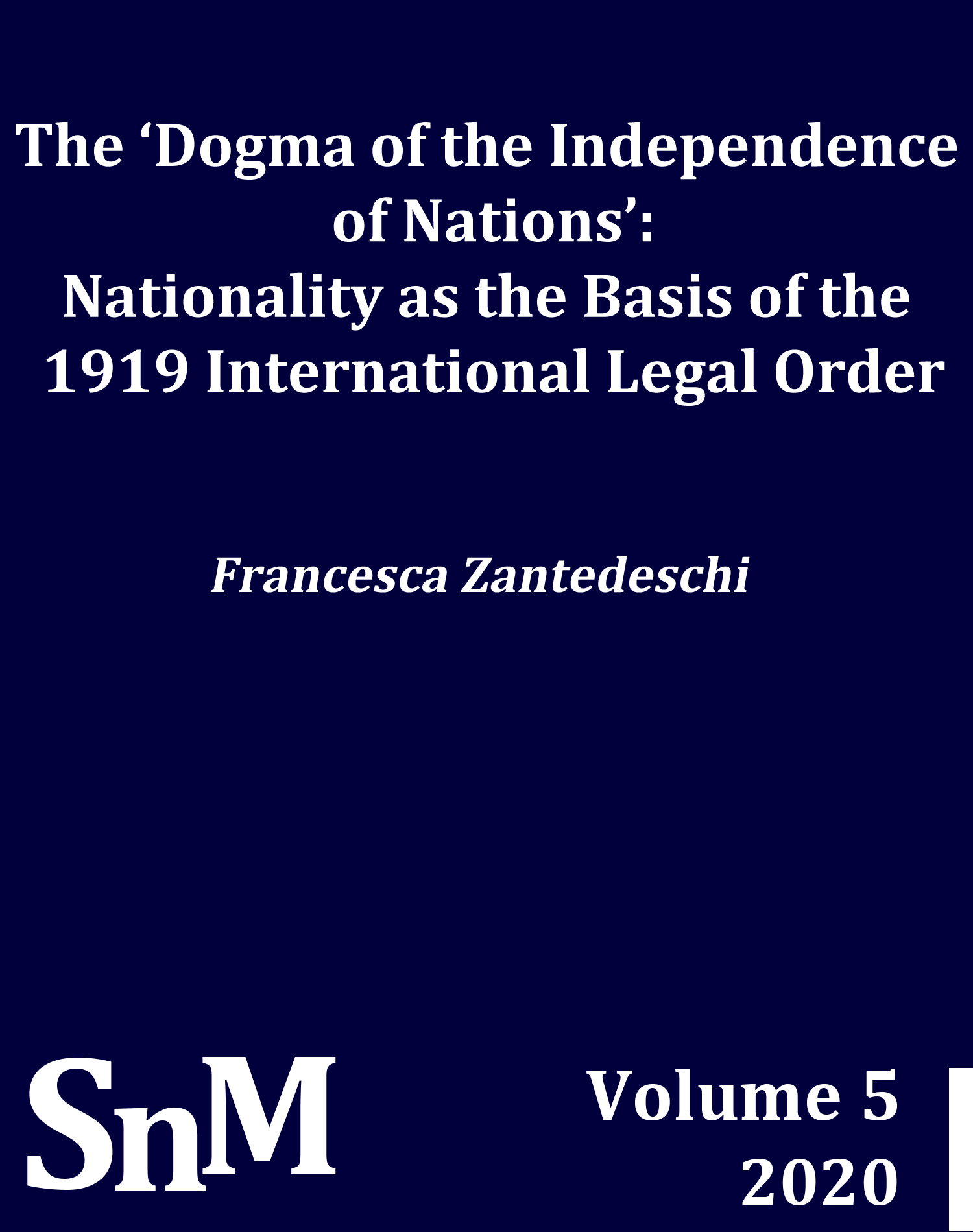 Zantedeschi, F. (2020). The ‘Dogma of the Independence of Nations’: Nationality as the Basis of the 1919 International Legal Order. Studies on National Movements (SNM), 5, 36. Retrieved from https://test.snm.nise.eu/index.php/studies/article/view/53
Download Citation