During the second half of nineteenth century, Wales seemed to experience an upsurge in its sense of identity as a nation, a so-called national awakening. While this led to the belief that its social and economic needs as well as its cultural characteristics were distinct from England, few people called for a radical solution to the apparent injustices and misrepresentation of Wales within the British political system; it was not until the twentieth century that a movement emerged to gather support for some form of national self-government.

The most prominent of these early advocates of self-government for Wales was the Nonconformist minister and college principal Michael Daniel Jones (1822-1898). Jones has since been described as the the founding father of modern political nationalism in Wales and the first in modern times to offer the Welsh a rational political solution to the question of how best to maintain their identity. Yet despite this acclaim, he is a figure who remains largely unstudied, especially beyond the sphere of Welsh (and, more specifically, Welsh-language) historiography.

This article focuses on the formation and attributes of Michael D. Joness political thought in regard to the Welsh nation. It concludes with an attempt to explain his failure to incite a national movement during his lifetime and the underlying divergence of his aspirations for Wales and the political views that were dominant among Welsh Nonconformists at the time.

Dafydd Tudur was awarded a PhD. by the University of Wales in 2006 for his thesis entitled The life, work and thought of Michael Daniel Jones (1822-98). He is currently Digital Access Manager at the National Library of Wales. 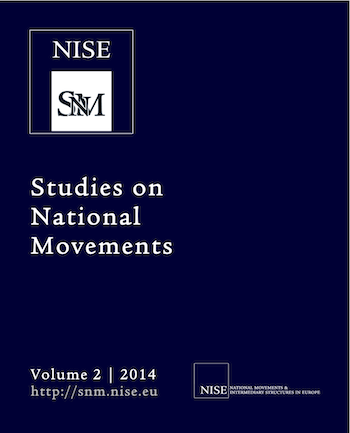